Do not miss this award-winning comic on stage, live!

Get ready to laugh with one of Hollywood’s best creatives. Comedian, actor, television writer, author and musician; you are guaranteed to be entertained.

Reiser regularly performs standup at sold-out venues nationwide and was voted one of the "Top 100 Comedians of All Time” by Comedy Central!

You've seen him most recently on hit shows Stranger Things. Reboot, The Boys, The Kominsky Method, and, of course, the revival of his hit series Mad About You in 2019, which he starred in with Helen Hunt. The original series ran for seven seasons from 1992 to 1999. Movies include Diner, Aliens, The Thing About My Folks, One Night at McCool’s, The Thing About My Folks, Fatherhood with Kevin Hart, Beverly Hills Cop I & II (and currently in production on the fourth film in the series). The list of shows and movies could go on.

Now is your chance to see him in Ottawa! 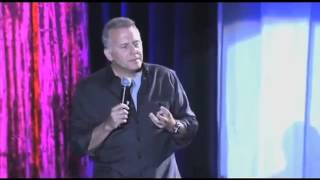